The tragedy of the story was skillfully crafted by a director who moved me 11 yrs ago with the same touch of comedy, suspense, excitement and drama, Parasite is Directed by Bong Joon-Ho the Director of Host 2006 and Mother 2009, it’s a story about 2 families living in a two different life status, a world that was clearly interpreted by its visual and good cinematography, the story begins with the Kim’s family in a lower area city of South Korea in one of the poorest places in their city, where all four members of the family Kim were unemployed, folding Pizza boxes to earn few cash, and trying to connect free wifi at the highest spot in their house which is the toilet, their life depicts a strong family ties that became the fundamentals of the story and the source of its tragedy, the Idea of the son infiltrating the Park’s family by pretending as someone Park Family can trust is outrageous, the Director of the Movie wants his audiences to realize that Kim’s Family doesn’t mean harm to the Park’s they are just simply fraud.

Its visual narration clearly shows the difference between two world these two families have, every scene is very vital to its conclusion, one way or the other this Movie was gripping and unpredictable to its core. There are no main Protagonist nor Antagonist in the story, everybody has participated to its ending, although the end of the story is not something we want, but the narrative structure and its presentation is like a sculpture that was masterfully crafted by an Artist.

What makes this movie so entertaining and memorable is its originality and how well it was executed, the thrill that they showcase in the final act was like a dance step choreographed gracefully, nothing sloppy it was intense as the mood suddenly changes from light to darkness, although Bong Joon-Ho use only basic elements to shot through every scenes, his style is sophisticated and capturing, his idea of using stairs large windows, large spaces and straight angles shows division and life status it is simple but yet masterfully done making it easy to see what message he wants to deliver to his audience.

The story line is comedic, straight to the point, and has a blunt message, each character has a reflection of our own self, the place where you live, the food you eat, the way you dress, and how you treat people tells what social class you belong to, but still the way you perceive things and your decision making in life still defines you whatever social class you are. 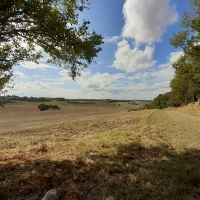