One of the most difficult movies to watch is indeed “The Revenant” story of Mr. Hugh Glass whose determination to survive was unfathomable, driven and fueled by revenge to get even with a man who murdered his son Hawk. .

What are the conflicts of the story?

> Hugh Glass sustain multiple injuries when he was attacked by a Grizzly Bear when he was scouting.

> He was left for dead by his fellow trapper because he was too heavy of a burden, he can’t even walk.

> He Journeyed in the vast wilderness on a very harsh weather, without food, no equipment, nor gun to defend himself.

> He needs to avoid being killed by the Arikara who still looking for Chief’s abducted daughter, Powaqa.

The Revenant theme is compelling and ambitious in its sense of surviving experience in the vast wilderness with that extreme weather, I watched him suffer for about 2 hrs and 30 mins duration, I did not appreciate the story until I watch it for the 2nd time with strong heart for me to understand the sense of it all, why do I want to watch his ordeals and his surviving techniques it so painful to see, but the real deal is The Revenant is not only about his determination to live to seek revenge, it’s also about courage and let God do the vengeance for you.

revenge is in the Creator’s hands–Hicuk

It was a very exhausting movie to watch from start to finish, but relieving since Hugh Glass has finally served the justice he was so obsessed to achieve, it was worthy because it did not fail you in the end to get his goal done, it was a good experience for me as a viewer to watch him live until the end after all the turmoil and empty stomach, Leonardo Di Caprio has done tremendous acting with less talk that sure deserved an Oscar. 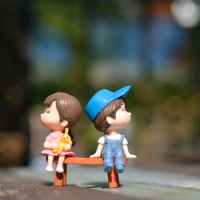