A beautiful alcoholic, promiscuous woman, whose father was convicted of being a Nazi’s Spy signed her ticket to notoriety for her bad reputation and Devlin uses her vulnerability as an advantage to recruit her and infiltrate a group of Nazis operating in Brazil, even if it means losing her and sacrificing her life for a duty she agreed either for patriotism or her love for him. At the beginning of the movie, Alicia obviously drinking herself to forget, after her father’s conviction of treason, a man she never met before was sitting quietly across the table, and even stayed while all others left to go home, it was then finally revealed it was T.R Devlin, his purpose for party crashing was not known, until the next morning when Alicia was trying to recuperate from her bad hangover of being knocked out by him.

What so great about this movie?

Espionage, intertwined with an unexpected love triangle, using trust as the main theme, and the single strongest element that advances the plot to its main goal. How far can you go to a man you love, but never trusted you, and are you willing to exploit the woman you love for a job that needs to be done, or a trust freely given but meant to be betrayed. It was the appeal of black and white Movie that sets a good tone in Alfred Hitchcock’s delivery of storytelling, it was his directing skills and style, crafted so elegantly, executed gracefully by assembling three leads involving Cary Grant as T.R Devlin, Ingrid Bergman as Alicia Huberman, and Claude Rains as Alex Sebastian, it was his skills in master manipulation technique that made this film more suspenseful, and unique.

Alfred Hitchcock always holds the title of being the best in Master of Suspense, not only he choose the best people to work with and execute the best possible outcome, it was the chemistry of both party that adds essence in his craft , Notorious was one of the most studied film when it comes to best directing and camera editing, and it’s indeed Notoriously Magnificent spy movie of Mr. Hitchcock, although the romance between Sebastian and Alicia came out a bit off for me because I think there wasn’t enough chemistry between them, the rest is self-explanatory creativeness without much effort of dialogue, that made Hitchcock legendary in his directing technique film industry, from a kissing scene that applies 3 seconds of rule, and breaking it by sequence that lasts for a minute which holds the title The NOTORIOUS KISS, to a birds-eye view shot that fixes the audiences attention directly to the main goal of the protagonist in a very detailed shot without saying a word, the rest is a film-making history.

What so romantic about the story?

It was Devlin’s conflicting character to trust Alicia, and she doing everything and even risking her life to gain his trust was the driving force of the plot, while we heavily rely on their decision-making to achieve what they want and needs, we tend to feel more resentful for the male character, and feel sympathetic to the female lead, but we also feel bad about her betraying the man who shouldn’t trust her to begin with. The romance between Devlin and Alicia was undeniably conflicting, but we still want them to end up both well in the movie, he might be holding his feeling towards her, but we know how sensitive and concern he is for Alicia’s well-being and it took entirely almost 1 hr. and 30 mins. before Devlin has finally redeemed himself as being the ass-hole in their relationship to a knight and shining armor in the latter end, and most of the time a relationship with so much conflict to achieve the pinnacle of happiness is the most romantic and the unforgettable romantic story ever. 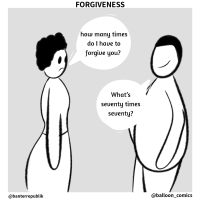